There is a lot of hype surrounding this weekend’s Kentucky Derby betting bonanza, for many reasons. Take a look at this years Kentucky Derby favorites, and explore all of the best options for wagering, watching, and handicapping the race.

Much of it has to do with the fact that it is going to be run four months later than usual, but also because we might get our third Triple Crown horse in six years, after 37 years without one.

But PointsBet has set up Kentucky Derby 2020 promotion so good this weekend that you don’t even have to bet on the big race to come away minted.

Maybe you are a sports bettor that wagers on baseball, soccer, football, or whatever else you might like. When it comes to the horses, though, you might not know as much as some of the people that hang at the tracks around the country.

But this weekend, thanks to a fantastic PointsBet promotion, you don’t even need to wager on the Kentucky Derby to be a winner.

The Belmont Stakes, which is usually the last one of the triumvirate, has already been run on June 20, and Tiz The Law won that race easily. Manny Franco will be on him again Saturday, and Tiz The Law will probably go off as the heaviest favorite in the history of the race (he was 3-5 Thursday). 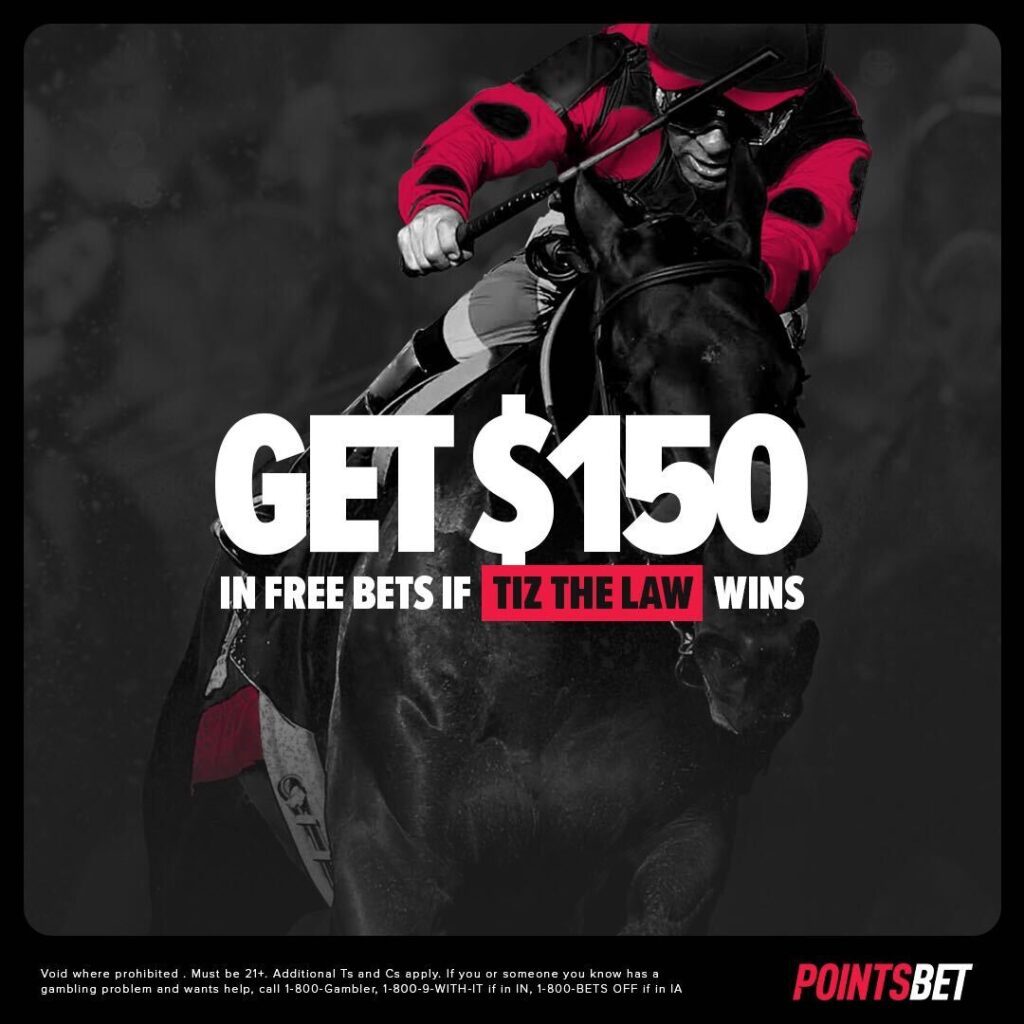 So what is the PointsBet promo that is so special? Open up an account with promo code DERBY6 and place a bet on ANY sporting event before the race. If Tiz The Law wins, you win; PointsBet will give you $150 in free bets if the overwhelming favorite brings home the second leg of the Triple Crown.

If he gets two-thirds of the way to the feat, there are going to be a lot of happy PointsBet patrons.