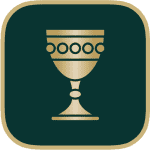 Group A of the UEFA Champions League kicks off Wednesday, with one game in the 12:55 p.m. EDT window and another in the 3 p.m. window.

Two of last season’s quarter finalists were drawn into this group, including the defending champions Bayern Munich. The Bavarian side is the current co-favorite to repeat (+400 along with Manchester City).

But Atletico Madrid could be a sleeper team in the tournament and in the group, and at +275 or so, could prove to be decent value if Diego Simeone’s side can get a win in one of the two matches against Bayern.

Here are the odds with five sportsbooks to win Group A.

2020 Champions League Group A Prediction: Bayern Munich wins this group pretty easily, and Atletico Madrid should be able to comfortably finish second ahead of RB Salzburg.

Group B preview: Real Madrid, Inter Milan battle it out to top group

There are going to be some people that will tell you that Inter Milan can win UEFA Champions League Group B.

While that might be true, there should (and is) only one team that is topping the group winner odds: Real Madrid.

That should tell you something. While both teams should advance, it is tough to see past Madrid winning this group.

Group B Prediction: DraftKings has Real Madrid at -134, and that is a steal if you can get it. If you do believe Inter can top the group, BetMGM has the best odds. Both teams should advance.

Group C preview: it is Manchester City, and everyone else

Has anyone ever pointed out to you how easy the draws have been over the years for Manchester City?

It is a running joke in England, where the fans of other teams point out some of the teams the Cityzens have played to advance over the last half decade.

This year, City is in UEFA Champions League Group C, and most bookmakers realize that Pep Guardiola’s side could win this group after four matches.

The interesting race will be for second, and it is wide open between Porto, Marseille, and Olympiakos. If you can find decent odds on Olympiakos to advance, it could be worth a flyer: this team can be dangerous.

Here are the odds to win Champions League Group C by 5 online sportsbooks from NJ.

Champions League Group C Prediction: Manchester City should win this after the fourth match, hence the high odds. The race will be for second place, where Olympiakos could surprise here.

Liverpool had a disappointing end to the 2019-20 season, despite winning its first English top flight title in three decades.

The 2018-19 UEFA Champions League winner lost in the Round-of-16 to Atletico Madrid, and will now try to get back to the top in Group D against an Ajax team that is a shell of the one that lost in the semifinals in 18-19, and a Midtjylland side that could be along for a ride.

But the fourth team is dangerous: Atalanta. This team, which has become a fan and bettors favorite because of the high-scoring nature of their games, could really give Liverpool a run for the top spot.

Group D Prediction: It is a two-horse race between Liverpool and Atalanta. Liverpool really should top the group, but this Atalanta team can score at will, and if the Italians can get a win against Liverpool, this group could see an upset winner. Both teams will advance.

Group E preview: Group of Death will go down to the wire

Is UEFA Champions League Group E the “Group of Death”?

It surely is going to be brutal for the top three teams.

Chelsea is a slight favorite to win the group, with Sevilla right behind the Blues. But it is Rennes, with its talented roster of players, that could prove to be the surprise team in this triumvirate. Krasnodar is the fourth team, and if the Russian team can pull off an upset or two, it could prove to be the loss (or draw) that dooms one of the other three to the UEFA Europa League come February.

Eduardo Camavinga is the best player in the group, and the 17-year-old plays for Rennes alongside World Cup winner Steven Nzonzi. If there is going to be a shock winner from the eight groups, it could be here. Remember, Lyon and PSG, both Ligue 1 sides, made up two of the four semifinalists last season.

Group E Prediction: It is a coin toss between Chelsea and Sevilla, but Rennes will have its say as well. Sevilla could be the play at +160, but Rennes at +1100 to win the group with DraftKings is definitely worth betting. This is the toughest group to call.

Group F preview: Borussia Dortmund SHOULD roll, but will they?

What is the one thing Borussia Dortmund consistently does?

This team should be rolling through UEFA Champions League Group F, but the odds (bar from BetMGM) don’t really show that. Yes, Dortmund is minus money to win the group, but are not as dominant a choice as some of the other teams.

It is tough to see where the challenge is going to come here, with Lazio, Zenit St. Petersburg, and Club Brugge all seemingly battling it out for second and the third place UEFA Europa League place.

Here are the odds with five different books to win Group F.

Group F Prediction: Take Dortmund at -120 to win the group if you can get them at those odds; there doesn’t seem to be another team capable of finishing on top of the group. Lazio should finish second, but there could be a surprise.

Lionel Messi will lead Barcelona, maybe for the last time, against Cristiano Ronaldo and Juventus. It looks like both of those teams will battle it out to win the group, with Ferencvaros most likely ending the six matches at the foot of the table.

Dynamo Kyiv could prove to be a thorn in the side of one of the two favorites, especially if Cristiano Ronaldo has to miss games because of COVID-19. Kyiv gets a huge chance to throw down a marker Tuesday at home against Juve.

Group H preview: can PSG top tough group and get back to final?

Can PSG kick on after reaching its first final? Will Manchester United be able to replicate its form from after the COVID-19 break? Can RB Leipzig repeat its run to the semifinals from August?

This group has two of last season’s semifinalists, RB Leipzig and PSG. The Parisian side knocked out Leipzig 3-0 to advance to their first final, before losing to Bayern Munich 1-0.

Here are the odds with five different books to win Group H.

Group H Predictions | Champions League 2020/2021: PSG is going to be banged up going into Tuesday’s Match Day 1 contest with Manchester United, and a win by the Red Devils could be massive. PSG could still win the group, but I would throw a few bucks on United. Those two teams should both advance.