Let’s look at the lines, odds and predictions on 2021 NCAA men’s basketball tournament title from some of the top sports betting sites. Let the March Madness begin!

The madness begins March 17 but you don’t have to wait that long to get in on the action. All of the leading US online sportsbooks in New Jersey, Indiana, Pennsylvania are already out with odds on which school will capture the title in the 2021 NCAA Men’s Basketball Tournament, more popularly known as March Madness.

The 2021 NCAA Men’s Basketball Tournament truly figures to live up to its nickname. With no super team in NCAA basketball this season, there’s no clear-cut favorite. And that means madness is almost a certainty this March.

This is the year to definitely consider a play on a longshot. In one week alone this season, the top-five teams in the AP Top 25 rankings combined to lose six games, the first time that’s happened since 1994.

Predicting March Madness 2021: Who is the winner?

Kansas hasn’t won an NCAA title since 2008. Perennial contenders Duke most recently won in 2015. You’ve got to go back to 2012 to find a Kentucky March Madness triumph. There’s no titles on Gonzaga, Dayton or Baylor’s resumes.

Is it a time to look beyond the traditional favorites? San Diego State, +1800 at William Hill sports book, is 30-1 this season. Could the Aztecs shock the basketball world and take March Madness honors?

A more traditional school worth considering in a sleeper role is Michigan State. A preseason No. 1 in some polls, the Spartans struggled this season and are 17-9. But they’ve been playing their best basketball of the season recently. Coach Tom Izzo always seems to have his team on top of their game when tournament time arrives. 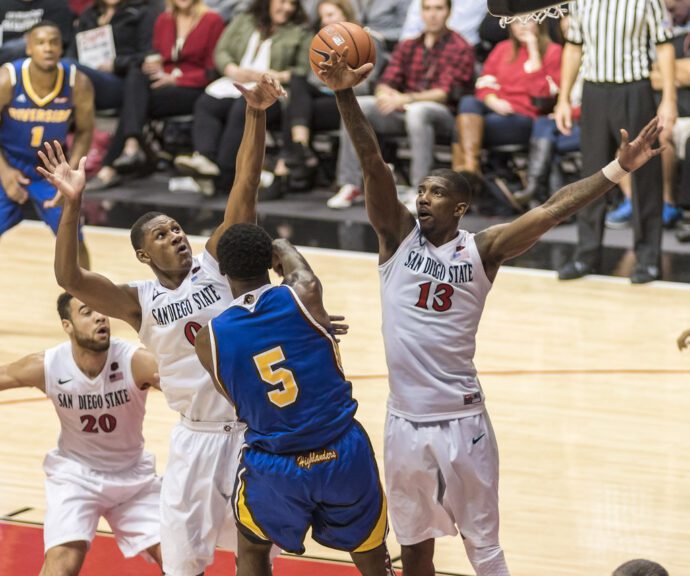 You Can Now Place Bets with PointsBet Sportsbook from Indiana