Home Betting Guides 101 Can you bet on Olympics Triathlon from USA?

Triathlon is one of the most gruelling of the Olympics events incorporates swimming, cycling, and ends with the small matter of a 10 kilometer run.

The origins of the triathlon as a unique event date back to France 1901, according to many sport historians. Records show a three-format race, entitled Les Trois Sports (the three sports), at Joinville-le-Pont in the suburbs of Paris.

The original triathlon incorporated running, cycling and a canoe race, with swimming replacing the canoe element in the early 1920s. The sport developed over the years with the first modern triathlon taking place in San Diego in 1974. 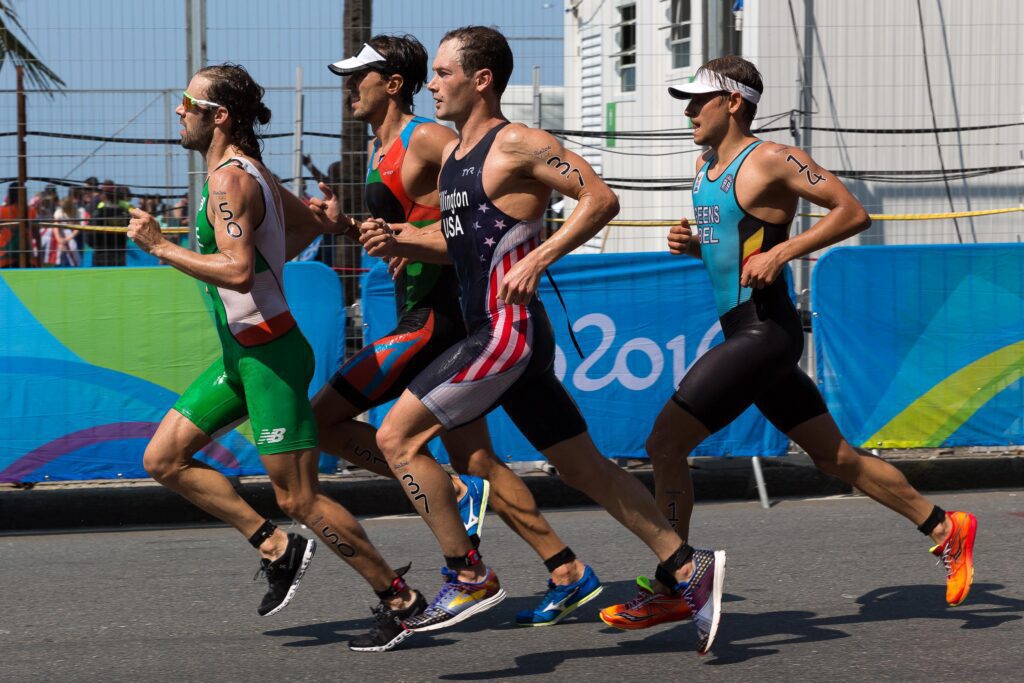 It was Sydney 2000 when triathlon made its entry as an Olympics Sport with 48 women and 52 men competing: Canadian Simon Whitfield and Switzerland’s Brigitte McMahon winning golds.

The US success in the event has been in the women’s race with Susan Williams from Long Beach, California claiming bronze in Athens 2004 before Gwen Jorgensen of Wisconsin took gold at Rio 2016. Jorgensen retired from triathlon a year later to concentrate on her new goal of taking part in the Olympics marathon at Tokyo 2021.

There have been no US medals in the men’s event which, over recent years, has been dominated by two brothers from Britain, Alistair and Jonathan Brownlee. The pair took gold and bronze at London 2012 and gold and silver at Rio four years later.

Betting on Olympics Triathlon with US sportsbooks

Check on American betting sites like betamerica, pointsbet and fanduel. They may have betting odds and predictions on triatlon available for online players in NJ, PA, Oregon, New Hampshire and New York (land-based sportsbooks).

Is there any triathlon betting strategy?

A 1.5K swim, a 40K bicycle ride and a 10K run – a gruelling event that requires both physical and mental strength. If Alistair Brownlee is competing in the men’s event then it will be a brave gambler to bet against the two-time champion. The Britain won’t compete if he doesn’t expect to win.

The key is knowing the strengths of athletes involved and not being afraid to bet on athletes to win single disciplines: if there’s a world-class swimmer who’s average at both cycling and running then don’t be afraid to bet on them winning the swimming section.

To find out who’s qualified for Tokyo and to keep up to date with US Olympics news, see teamusa. You can catch up with live triathlon action on the olympicchannel and NBC.

More articles on Olympics betting for US bettors: