Home Betting Guides 101 Anyone For A Tennis Free Bet Or Parlay Bonus?

It might come as a surprise to some to learn that one of the most popular sports to bet on in the USA is tennis. However, if you think about it, this makes logical sense.

Billions of dollars are wagered annually on tennis. Around the world, only soccer draws a higher wagering handle over the course of a year.

Tennis is a 50-50 proposition. It’s one player facing the other, or in the case of doubles, one pairing against the other. There aren’t dozens of players who can make an impact upon the outcome.

On top of that, handicapping tennis isn’t as complicated as other sports. Unlike a golf tournament, where any number of players could win each week, the form charts tend to show much more consistent structure on the tennis court. Generally, the pool of potential winners of an event is quite shallow.

In terms of individual matches, there’s plenty of head-to-head data on past performances for any matchup, including breaking down their records on each type of surface: grass, clay or hard court.

The advent of online wagering made tennis a more popular play, because there are generally multiple tournaments in action every week. In-play wagering has ramped up the popularity of tennis betting even further. With its structured format, a tennis match provides many opportunities for live wagering.

Is it any wonder then that two of the top online sports betting sites in the USA are currently offering tennis promotions?

Both Unibet US and Bet365 online sportsbooks are giving bettors in the USA a little more bounce with their tennis betting. NJ/PA/IN players 21+ only. Check out other bonuses and promotional offers.

Unibet is serving up real cash bonuses to players on its site, offering four different chances to gain cash boosts on tennis wagers placed throughout the week of any tournament.

On Fridays, Unibet courts even further opportunity, rallying up some more cash boosts for tennis bettors. Again, there’s a 25 percent boost on any pre-match tennis wager. As well, there’s another 25 percent boost for any live in-play bet on a tennis match.

To gain these boosts, start off by accessing the main page on the Unibet online sportsbook site on any Wednesday or Friday. Navigate to tennis betting lines. Select a match and then a bet to play on that match.

The next step is to activate and claim the promotional offer. Click on “Bonus Offers” and all eligible boosts will appear. Next, select the offer and place the amount of the bet to be placed.

The maximum allowable stake with this promotion is $50. The maximum extra winnings from each profit boost will be capped at $1,000. 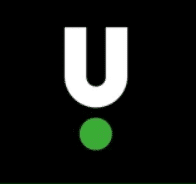 With the Bet365 Tennis Parlay bonus, bettors who assemble tennis parlays can assess as much as a 70 percent bonus in payouts if their parlay play comes through for them.

If the bet is successful, Bet365 will add a bonus of 5-70 percent to the winnings. This bonus amount is dependent upon the number of selections on the parlay.

The bonus breaks down as follows: a two-match parlay is boosted by five percent. For a three-way parlay, it’s 10 percent. Four is worth 15 percent and five garners 20 percent. On a six-match parlay the bonus boost is 25 percent. 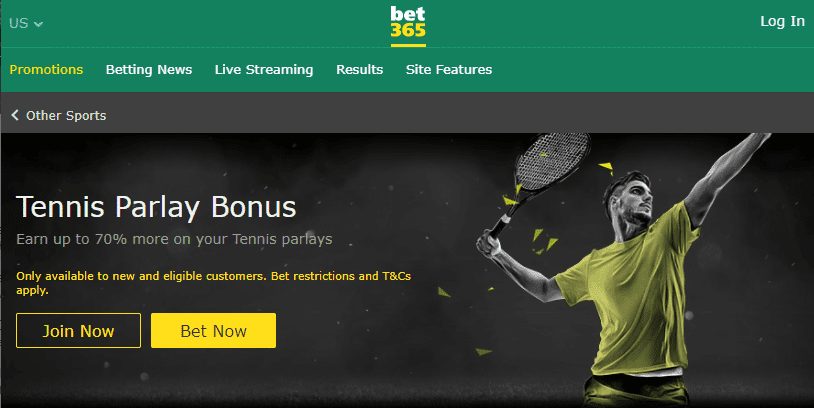 Eleven matches adds 50 percent to the payout, while 12 gets a player a 55 percent bonus. At 13, the parlay adds a 60 percent boost, while parlays of 14 or more matches will gain the player a 70 percent bonus delivery. 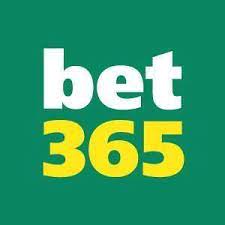