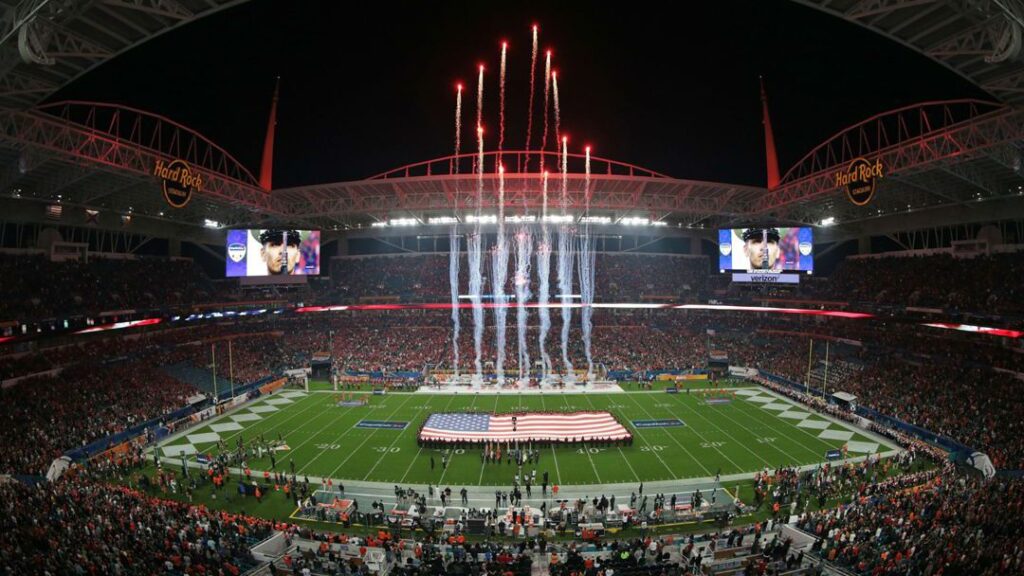 There are tons of options for betting on the NFL each week of the regular season, but nothing is quite like the Super Bowl. The best Super Bowl betting sites have a lot to offer, including bonuses, prop bets, in-game betting, and so much more.

No event in the US is bet on more than the Super Bowl. All eyes will be on the two teams competing for the Lombardi Trophy, whether it’s at a bar or a friend’s Super Bowl party.

We will be watching the 56th Super Bowl in 2022. The two teams will compete at Sofi Stadium in Inglewood, California, the new home of the Los Angeles Rams and Los Angeles Chargers. The complex holds just over 70,000 fans, and it will be a star-studded event.

The Super Bowl is set for February 13th, 2022, one week later than in the past due to the extra week of the regular season. The game will be shown on NBC at 6:30 pm ET.

The halftime show is going to be one to watch. Dr. Dre, Snoop Dogg, Eminem, Mary J. Blige, and Kendrick Lamar will be performing.

The current playoff format has only been in place since 2020. There will be 14 teams that make the playoffs, seven from each conference.

Four division winners in the AFC and NFC will receive a playoff berth, with another three wild-card spots in each conference going to the teams with the best records. In the case of a tie, tiebreaker rules, such as head-to-head record, will come into effect.

The top two seeds in each conference will get a bye in the Wild Card Round. Then, eight teams will remain in the Divisional Round.

The Conference Championship is the NFL’s version of the Final Four. The winners of these games will be going to the Super Bowl.

There will be two weeks between the Conference Championships and the Super Bowl, creating plenty of time to get on a Super Bowl betting site and place your wagers.

With legal sports betting spreading across the US, there will be more betting coverage on the Super Bowl than ever before.

And in many states, you have multiple options for sportsbooks that cover the Super Bowl. So, which one do you choose? Below are our recommendations for the best Super Bowl betting sites you can sign up for before the game.

DraftKings Sportsbook is now available in over a dozen US states. It has quickly moved into legal markets, being one of the most popular options for sports bettors. Starting as a DFS platform, it had many customers before sports betting was legalized in 2018.

It’s a great spot to bet on the NFL. You will be able to quickly go through all of the prop bets and bonuses for the Super Bowl. The same-game parlay builder will be great for the game!

New customers can use a 20% deposit match bonus of up to $1,000. We expect DraftKings to be a leading platform when it comes to offering Super Bowl betting promotions.

FanDuel also got its start with daily fantasy sports, becoming a popular option for free-to-play games. There are plenty of options prior to the Super Bowl, such as odds on certain matchups to happen.

FanDuel will be another platform that provides plenty of bonuses and specials for Super Bowl betting. There always seems to be a parlay insurance bonus offered.

New players get a risk-free bet of up to $1,000! So, if your first wager on the Super Bowl loses, you’ll get a bonus refund to use later.

PointsBet is a unique sportsbook and one of my personal favorites. Mostly because of the PointsBetting feature.

Most Super Bowl betting sites will offer fixed-odds wagers. But with PointsBetting, the amount you win or lose will be based on the distance from the spread.

For example, let’s say you bet $10 on the Buccaneers to cover a 3-point spread. If they win by 10, you will win $70 since you won the wager by seven points. But remember, this also works the other way around.

The PointsBet sign up bonus is two risk-free bets up to $2,000. One is for a fixed-odds wager and the other is for PointsBetting.

BetMGM is the product of MGM Resorts. Players get to use the M Life Rewards loyalty program that allows you to earn bonuses for the sportsbook and discounts at MGM properties across the country.

On BetMGM, you can pick your favorite NFL team. The site will give you more options for your squad! There are also tons of ongoing promotions, like being able to secure a $10 free bet every Monday.

If you’re looking for additional features for betting, BetMGM has live streaming, a cash out option, a sports betting guide, and the ability to edit your bet.

BetMGM also has a risk-free bet of up to $1,000 for new customers who sign up.

If you have been watching FOX’s coverage of the NFL, then I’m sure that you have seen advertising for FoxBet. The site includes all of the TV personalities, such as Terry Bradshaw and Colin Cowherd. 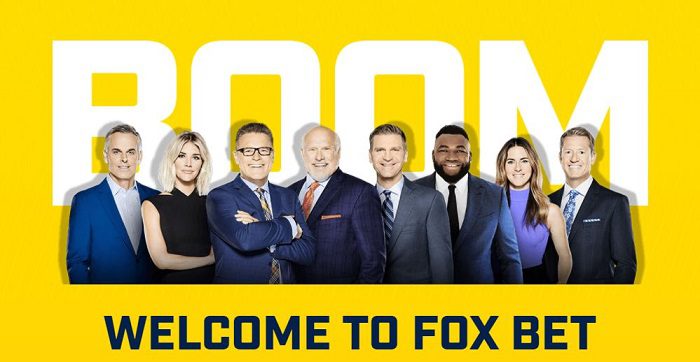 The NFL is FoxBet’s bread and butter. It covers football betting more than any other sport. To stay up to date with promotions, follow the FoxBet Twitter account.

How to Bet on the Super Bowl

There will be more odds and betting types for the Super Bowl than any other event. If you want to place a particular wager, shop around. Every Super Bowl betting site we discussed won’t have the same odds.

The most popular Super Bowl bets will be moneylines, spreads, and totals.

You may be accustomed to placing a parlay on multiple NFL games on Sundays. But you can also place same-game parlays, choosing multiple outcomes for the Super Bowl all in one wager.

Prop betting is always fun, but nothing matches the Super Bowl. Here are just some of the 100s of props that will be placed on Super Bowl Sunday.

In addition to the exotic prop bets, you can also place wagers on individual performances, including over/under bets on yards gained for quarterbacks, running backs, and wide receivers.

Live Betting on the Super Bowl

In-game betting is an exciting way to stay engaged with the game. The best Super Bowl betting sites that we mentioned will have live betting on the Super Bowl.

Lines will move as the game happens. For example, if the underdog is the first team to score, the spread will move in their direction. This is a great time to get a bet in on the favorites if you think they will still win the game.

With the Super Bowl, you’ll practically be able to bet on every play. Live betting sportsbooks allow you to wager on the result of each drive, even placing bets on certain players to score the next touchdown.

It’s easy to make tons of live bets, so be sure to keep a budget or even set responsible gaming limits so you aren’t risking too much money.

Before betting on the Super Bowl, it’s always interesting to look at what happened in previous years.

What is the best site to bet on the Super Bowl?

This page highlights several of the top Super Bowl betting sites, which include DraftKings, BetMGM, PointsBet, FanDuel, and more.

How do I bet on the Super Bowl?

In legal states, you can bet on the Super Bowl through online sportsbooks. All of the betting sites on our page are legal to use.

Can I bet on the Super Bowl online?

It depends on the state you are in during the Super Bowl. Check your state’s page on our site to check which sportsbooks are legal for you.

What is the betting line on the Super Bowl?

You can find the Super Bowl betting line on any of the sportsbooks mentioned. You can download multiple betting apps to find the best line for a certain bet.