Two teams sat second in their respective divisions will collide when the Baltimore Ravens visit the Philadelphia Eagles in Week 6, although one of those teams looks considerably better thus far in 2020.

The Ravens are in contention to win the AFC North after going 4-1 in their first five games of the season, the only blemish on their record being a 34-20 defeats to the Kansas City Chiefs in Week 3.

By contrast, the Eagles are 1-3-1 and sit in by far the least winningest division in the NFL this season; the four teams in the NFC East have posted a combined total of four wins, as least five fewer than the closest rival (NFC South).

It makes a lot of sense that Baltimore should be considered steep -455 favorites with BetRivers for Pennsylvania, Indiana and Colorado customers, who would be unwise to back their state representatives at +375.

ESPN’s Field Yates confirmed on Friday that Philadelphia will be without two prominent wideouts for their third home game of the season, a potentially key difference considering quarterback Carson Wentz has been anything but dazzling thus far:

Eagles wideouts Alshon Jeffery and DeSean Jackson are officially out for Week 6 vs. the Ravens.

As we discussed all offseason, the Eagles will continue to rely heavily on Travis Fulgham at wide receiver. 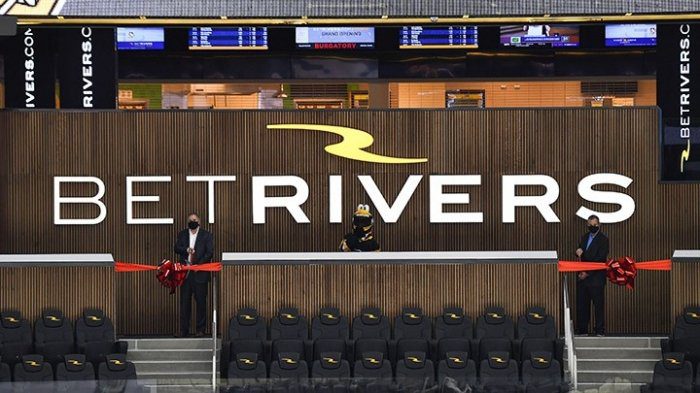 The odds run rampantly in favor of John Harbaugh’s Baltimore ahead of Week 6, but the smart money could be on this game running closer than many might expect. The Eagles have shown sparks of promise in recent games, not least of which in last Sunday’s hard-fought 38-29 defeat to the Pittsburgh Steelers, the one team sitting above the Ravens in the AFC North.

Despite that success at Heinz Field in Week 5, it will be another task altogether trumping the Baltimore defense, which underlined its threat in a dominant 27-3 rout of the Cincinnati Bengals last time out:

BetRivers PA is offering Pennsylvania customers +110 odds that the Eagles will win with a +7.5 handicap. It’s been eight years since these teams last met at Lincoln Financial Field, but Philadelphia have a lot of pride at stake considering they’ve won both their previous home outings against the Ravens.

Alternatively, Baltimore are priced at +123 to win and there to be more than 46.5 points scored in the game, a safe-looking bet if the Eagles’ trend of high-scoring matches so far in 2020 is anything to go by.