Once upon a time, if you wanted to play a game of bingo in New Jersey you would have had to visit a dedicated bingo hall. Then online bingo came along, making it possible to play games remotely via desktop and laptop computers. And now, just a few decades after the internet first became a thing, NJ bingo apps allow any of us to play bingo almost anywhere via our tablets and smartphones.

In this article, we'll talk about the best NJ bingo apps and how they work. We'll discuss how to download them, how to sign up, the kind of bonuses that are available to you, what forms of bingo games you can play, and more.

Just like online casinos and sportsbooks, bingo apps operate in a very competitive marketplace. They are designed to be as attractive to new players as possible. One of the ways in which they attract attention is by offering bonuses to new players and additional promotions to keep existing players excited and engaged.

Different NJ online bingo apps offer different kinds of bonuses and promotions. Most will fit into one of several main categories, as follows:

Refer-a-Friend Bonus – Some operators will offer bonuses that encourage you to recommend their bingo apps to your friends. Give your friends a referral code so that the bingo operator knows who referred them. When they sign up and start playing you will get a bonus for your effort.

Reload Bonus – Many bingo apps will also reward existing players. One way they do that is by offering a reload bonus from time to time. This works much like a First Deposit Bonus but it applies to additional deposits that you make when you want to top up your account.

Ticket Bonuses – Buying bingo tickets is key to the game. Many NJ online bingo apps will give you bonus tickets when you buy a certain number for a particular game. For example, you may get one free ticket when you buy ten, and so on.

Installation takes place automatically once the app has finished downloading, so you will simply need to wait a few more seconds for that to complete. 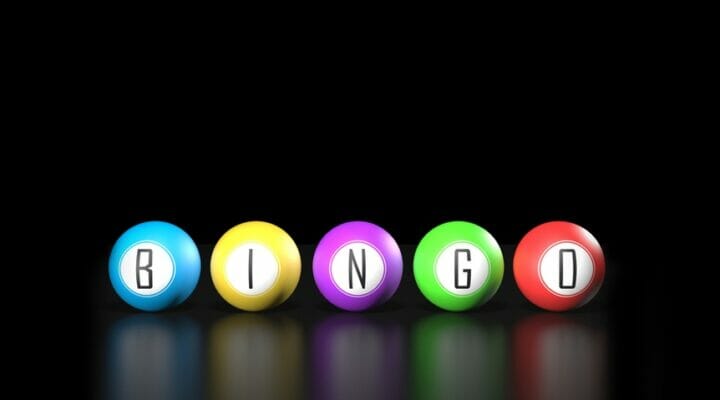 Sign up for Borgata Bingo and get a $30 bonus after depositing just $10!

Borgata Bingo is currently offering new players a fantastic $30 bonus when you sign up and make a deposit of just $10 or more. That $30 bonus will be awarded as a $10 Bingo Bonus for bingo games and $20 that you can use on any of the casino games offered by the app.

Signing up for a new account with a bingo app is a very straightforward process. It will take just a minute or two of your time. Some apps will invite you to sign up as soon as you first launch them. Others will require you to tap a Register or Join Now button.

Whatever the case, signing up is a simple matter of providing your name, email address, and a handful of other essential details. This information is used to verify your identity and confirm that you are legally allowed (for example, that you are old enough) to play the games being offered

When you have signed up for a new account, you can make a deposit so that you have some cash available to play with. Funding your account is even easier than signing up. It involves nothing more than choosing a banking method and entering the amount that you want to deposit.

Banking methods that can be used will vary between apps. They typically include credit cards, debit cards, and popular online payment options such as PayPal. Deposits are usually processed immediately, so you will be able to start playing bingo right away.

The best New Jersey bingo apps will offer a comprehensive range of bingo games for you to play. Some will also offer non-bingo games for those times when you fancy a change of pace. As far as the bingo itself is concerned, there are two main variations that will normally be available. Those are 75-Ball Bingo and 90-Ball Bingo.

75-Ball Bingo games are played on bingo tickets that show a grid measuring five rows high by five columns wide. Each square of the grid contains a number in the range 1 to 75. The aim of the game is to complete a particular pattern on your ticket by daubing (marking) any numbers called that appear on the grid. In many games, the central square of your 75-Ball Bingo ticket will be marked by a star or other symbol. This is a ‘free' square that doesn't need to be daubed.

The variety of patterns that can be set for players to achieve in 75-Ball Bingo is huge. Some games will ask you to mark a particular letter of the alphabet, a particular shape, or something like a diagonal or the four corners. The first player to complete the required pattern wins the game.

75-Ball Bingo is the most common type of game in American bingo halls, and so it's also the most popular when playing on NJ bingo apps.

The second variation of the game that is usually offered by bingo apps is 90-Ball Bingo. This was originally more common in Europe than in the US, but it has caught on over the last decade or two and today it's enjoyed by many.

In this game, bingo tickets have nine columns and three rows. Each row contains five numbers from the range 1 to 90 and four blank squares. Bingo numbers are called and players mark any that appear on their tickets. Blank spaces are ignored.

While bingo apps obviously focus on the bingo games themselves, they usually offer at least a handful of other games for players to enjoy. One of the most common – and popular – is Slingo, which is a cross between a slot and a bingo game. Here you spin reels to generate numbers, and those numbers are automatically marked on a Slingo board above. You can therefore enjoy the thrill of a bingo game with the ease and convenience of playing a slot.

Other games that can be played at the best NJ bingo apps include regular slots, video poker, and even casino games such as Blackjack and Roulette.

It takes time and effort to visit a physical bingo hall. That's even before you can sit down and start playing. Online bingo sites are more convenient, but they still require you to sit in front of a desktop computer or laptop. In contrast, playing bingo on your tablet or mobile is as convenient as it gets. You can play at home, at work, or even when standing in line at a supermarket checkout.

Launching a bingo app can be as quick and simple as tapping its icon on your home screen. You can usually log in automatically and start playing right away. Compare that to having to boot up your computer, launch your web browser, and enter your login details and bingo apps win hands down.

We have discussed that bingo apps offer a level of convenience that bingo halls and desktop bingo sites don't, and that's undoubtedly a positive thing. But the potential downside of that convenience is that it makes it easy to play bingo games more often than you might initially intend.

It is therefore essential that you enjoy bingo apps in a balanced and responsible way. This means setting sensible limits on the amount of time and money that you spend playing bingo and not allowing the game to take center stage in your life.

The best NJ online bingo operators, such as Borgata Bingo, make responsible gaming easier by allowing you to set limits that the software will reinforce automatically. For example, if you decide that you don't want to spend more than an hour or two playing bingo on any given day, the site would prevent you from doing so when your chosen limit is reached. Limits can also be set for the amount of money you deposit or spend in a stated period.

Such limit tools can be very useful, but ultimately it is players who must take full responsibility for their own gambling activity. Being mindful of this from the outset can be very useful in helping you to enjoy your bingo in a safe and healthy way.

Yes. Just like online casino games, you can play real money bingo games in New Jersey. The NJ bingo apps on our site are legal to use.

Is there a Bingo app that pays real money in NJ?

Yes. Real money online bingo is legal in NJ. We recommend using Borgata Bingo for the best selection of games and bonuses

What is the best NJ Bingo app?

Borgata Bingo is the best bingo app in New Jersey. It has a great welcome bonus to go along with a great selection of games.

Can you play bingo virtually in NJ?

The legal NJ Bingo apps on our page allow you to enter real money Bingo games from your mobile phone.