When was the last time that the Buffalo Bills won an AFC playoff game?

If you guessed 1995, you are correct. The Bills have not won a playoff game since the tail end of the AFC dynasty. Since a 37-22 Wild Card win over the Miami Dolphins, Buffalo has lost six straight postseason games.

Since 1999, though, the Bills have only even been in the playoffs twice: 2017 and 2019. However, things could be looking up for this franchise, which is now out from under the reign of Tom Brady.

New England won the AFC East 16 times in 17 years, and you have to go all the way back to 1995 to find the last title for the Bills. It was their sixth in eight years, right at the tail end of their AFC dominance.

Twenty-five years on, will the Bills finally break the AFC East hex of Bill Belichick and New England?

BetMGM has some interesting prop bets pertaining to the Bills. Buffalo is a slight +125 favorite to edge the division title over the Patriots (+130), and with the amount of players that New England has lost due to departures and COVID-19 opt-outs, this really could be the year Buffalo finds a way to win the division. 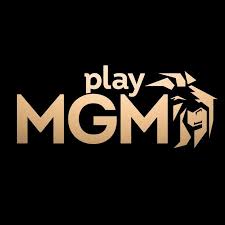 BetMGM - $500 Bonus
Get betMGM Bonus
Promo Conditions: Only the first $500 of the first wager are eligible for this promotion. On placing your Qualifying Bet, if your bet loses, you'll become eligible to risk-free, free bets back up to $500.

A hot start could be just what is needed to put pressure on the other teams in the division, and Buffalo has a chance to go 4-0 out of the gate. Buffalo opens with the New York Jets, and is already almost a touchdown favorite (-6). The next four games are Miami (A), Los Angeles Rams (H) and Las Vegas Raiders (A).

BetMGM has a 4-0 start priced at +500, and that could be very profitable. It may come down to the play of quarterback Josh Allen, and whether or not he can improve on his 20 touchdown passes and 3,000+ yards passing (plus 500+ yards rushing and another nine TDs).