Leicester’s meeting with Chelsea looks the closest to call of any FA Cup quarter this season as third in the Premier League faces fourth in pursuit of a domestic crown.

The Foxes have looked starved up front in their two games since play resumed. They’ve been disappointed to settle for back-to-back draws against Watford (1-1) and Brighton & Hove Albion (0-0), while Chelsea have looked more solid in all areas in their most recent run.

Chelsea are tempting at +625 (7.25) to win both halves, though Leicester boast one of England’s best defences despite their recent dip, and a safer pick may be for Frank Lampard’s side to win to nil at +325 (4.25).

Free Bets Bonuses. You can gambler on Leicester City vs. Chelsea odds at U.S. sportsbooks/apps in NJ, IN, CO, IL, WV as well as in NY (land-based sportsbooks only). Get bet365 NJ bonus (up to 100 in Bet Credits), use William Hill Promo Code or wager with extra $250 in FREE BET BONUS with Betrivers Colorado or Pointsbet Indiana. 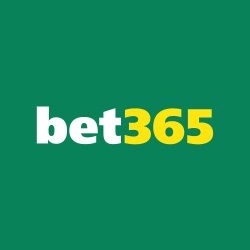 Bet365 NJ
Bet with Bet365 NJ. Use code to receive a 100% deposit bonus up to $100 in Bet Credits (Real Money).
Get Bonus
Promo Conditions: Use code - NJGAMBLER. Make a qualifying deposit (min $10), place bets to deposit value, once they are settled, matched amount in Bet Credits available to use. Bet Credits risk excluded from returns.

Betrivers Colorado
Claim your 100% deposit bonus up to $250.
Get Bonus
Promo Conditions: Claim 100% deposit bonus of up to $250 entering “BETRIVERSGAMBLER” into the Affiliate Code field when openning Betrivers Indiana sportsbook app account and depositing at least $25.MUST BE 21+. PLAY IN COLORADO ONLY. GAMBLING PROBLEM? CALL 1-800-522-4700