After all of the crazy results in March Madness, we end up with Villanova, Kansas, Duke, and North Carolina in the Final Four. The only slight surprise is the Tar Heels, but it’s hard to say that a blue blood is ever a shocker.

If your bracket is as bad as mine, there’s still chance to place bets on the Final Four. Let’s take a look at the odds for both of the games on Saturday and where you can bet on the action.

The following odds are courtesy of Caesars Sportsbook. 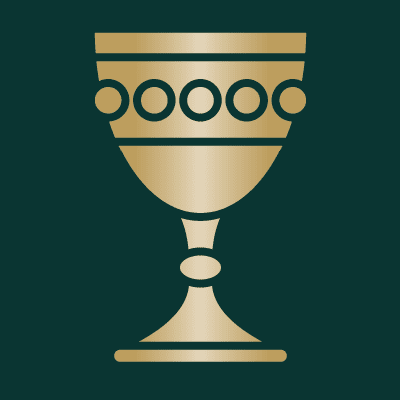 If you aren't already playing at Caesars, you're missing out! Sign up today, by using our exclusive Caesars Sportsbook promo code – CZRSGAMBLER.

Jay Wright and the Wildcats have made a run, yet it again. They always seem to quietly remain in the mix. Collin Gillespie has been a calm-hand in the tournament for the past several years.

The Jayhawks have Remy Martin coming off the bench, and he has been one of the best players in the tournament thus far. As the only remaining No. 1 seed, they made quick work of Miami (FL) to get to the Final Four.

Kansas is favored by 4.5 points, and this one is the toughest of the two for me to predict. But I’m going with Villanova and their experience. I believe they cover and possibly win for a shot at another title.

Of all of the great matchups between these two rivals, they have never met in the tournament. And it comes on the last year for Coach K.

The Tar Heels almost blew a large lead against Baylor in the second round, but they were able to pull it off in overtime. Brady Manek has been money from three.

Duke has had a tough road to get here. They have beaten Michigan State, Texas Tech, and Arkansas. It’s a story book ending for Coach K, especially if they can win it all.

I think Duke wins and covers the 4-point spread. Expect a lot of points to be scored, so the over isn’t a bad play either.

To no surprise, Duke is the favorite to win the tournament heading into the Final Four.

The National Championship will be held on Monday, April 4th.

Every day of the tournament, we have offered a daily free-to-play game. Our March Basketball Challenge has had several winners the past couple of weeks.

We have two days left! We will have questions for Saturday and Monday! Lucky winners will get their share at the $1,000 prize.