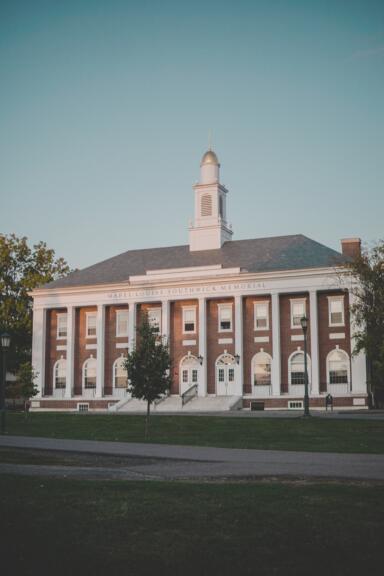 Vermont does not allow sports betting or online casino gambling sites in 2021 within its borders, although daily fantasy sports and a state-run lottery are permitted.

Unlike other areas in the Northeast of the United States, Vermont’s lawmakers have not made significant strides to ease regulations on online gambling. There have been initial discussions regarding the issues and there is hope that laws could be relaxed in the future.

Online casinos are not permitted in Vermont. The state has stringent laws regarding gambling, therefore, there is no online presence for the industry in the region. There are also no brick-and-mortar venues within its borders, preventing residents from playing casino games within a regulated venue.

Vermont’s laws are strict when it comes to card and table games, banning their practice for monetary gain throughout the area. Unless there are significant changes in opinion, online casinos will not be on the agenda within the state for a good while.

Sports betting is not legal in Vermont. Despite the ease of regulations elsewhere in the United States, notably many regions in the Northeast, Vermont has not followed suit in legalizing gambling on sport yet.

There have been discussions for the state to regulate sports betting in light of seeing residents travel across the border to neighboring New York, among others, to legally place wagers. The issue is on the agenda and a bill has been mooted, so there could be a change in the system in the near future.

Online poker is prohibited in Vermont. As the state has outlawed all forms of gambling, online poker is forbidden within its borders. Vermont has stringent laws about playing card-based games for money even with the walls of a regulated casino. Therefore, there is no spot in the region for players to partake in the practice. Residents can travel over the borders to participate in online poker and visit casinos.

Despite the potential revenue loss, there are no plans by Vermont lawmakers to ease their regulations on the issue. Poker players will have to wait to see the game legalized.

Daily fantasy games are regulated and legal in Vermont. The state moved to legalize issues around fantasy sports and regulated the game in the process. It has proven to be a popular move among residents due to the strong sports presence in that area of the country.

Providers FanDuel and DraftKings have enjoyed a strong presence within the region. Players can participate in daily games from the major professional leagues, such as the NFL, NBA, NHL, and MLB, by competing against others in the state for monetary gain. The only condition is that participants must be aged 18 or over.

Esports betting is not legal in Vermont. Due to the ban against wagers on sport, bettors interested in esports are unable to place bets on events from within the borders of the state. Only a few states allow betting on esports, so Vermont is not alone in its stance.

There is a lottery in Vermont run in connection with Maine and New Hampshire. There are two draws during the week as well as a Powerball jackpot worth over to $200m. Players must be 18 or over to participate, and tickets can be bought at retail outlets in the state.

Betting on horse racing in Vermont is legal but not active in the state. Off-track betting facilities, namely land-based casinos, are illegal in the Green Mountain State. You can bet on horse racing online instead through internet sportsbooks such as TVG.