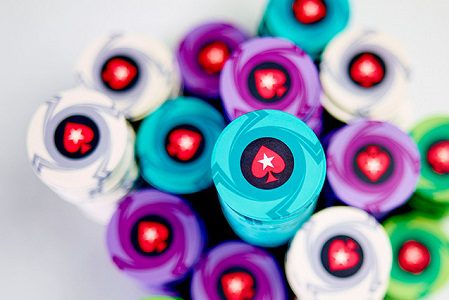 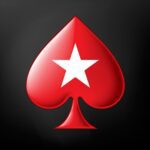 There aren't all that many online poker sites that can claim to have been around for more than a couple of decades, but PokerStars is one of the few that can. We have a PokerStars bonus code ready for new players to claim a two-part offer.

It was launched in 2001 and made headlines just a couple of years later when one of its players, Chris Moneymaker from Atlanta, entered an $86 satellite tournament and succeeded in reaching, and then winning, the World Series of Poker Main Event. Moneymaker won $2.5 million, and PokerStars received a level of free positive publicity that most online gambling companies can only dream of.

Today, PokerStars is “the largest poker site in the world” where over 200 billion hands have been played. In this review, we'll show you what the site offers to players at all levels, from complete beginners to seasoned professionals. We'll also go over how to sign up and claim the sign up bonus.

PokerStars isn't at all shy about using bonuses and promotions to attract new players and keep existing ones happy. As a new player here you can help yourself to one of two different bonuses. Which one you choose will depend largely on your experience level and how much you want to put in your account after signing up.

Your first bonus option is to play just one hand of poker and get $50 in free play credits. This is the ideal bonus to go for if you have little or no experience of playing poker, or you don't want to deposit much to start with. Simply make a modest deposit, play one hand of poker for real money and your bonus will be awarded.

The other bonus option is the headline offer. It is a 100% match of your first deposit, up to a maximum of $600. This is more suited to players who already know how to play poker and would therefore like to make a decent first deposit so that they have an ongoing bankroll to play with.

Before you rush off to grab your first PokerStars bonus, there are a few points that are worth noting:

How to Start Playing at PokerStars

In order to start playing at PokerStars, you first need to download its software and open a new account. This isn't a complicated process, and should only take you a few minutes. Here's what's involved: 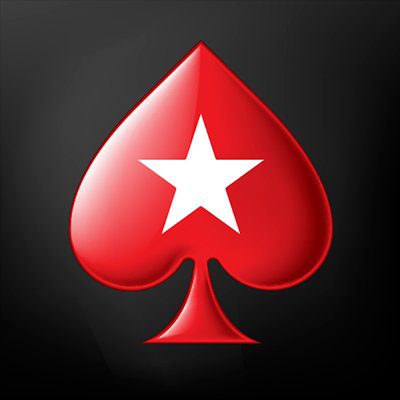 Your new PokerStars account will be set up just as soon as you have submitted the information requested. You can then make a deposit and claim whichever of the two bonuses appeals to you the most.

This installation and registration process needs to be done just once. When you launch the PokerStars application in the future, you will simply need to log in with your selected username and password.

Promotions for Existing Players at PokerStars

PokerStars always has plenty of promotions and events running for the benefit of its existing players. So, it isn't just new players who are well rewarded by any means. You can expect invitations to special tournaments and competitions, periodic bonus offers, and more.

You can deposit any amount from $10 upwards. In most cases, your funds will show up in your PokerStars account straight away.

You can usually make withdrawals via the same method that you used to make your deposit. However, you should note that not all deposit methods can facilitate withdrawals. Look into that before making your first deposit.

As well as being able to play poker on your desktop or laptop computer, you can also play on your mobile. The PokerStars mobile app allows you to participate in all the games you would want it to. Whether you're a fan of cash games, tournaments, or both, the app will prove very useful when you want to play away from home.

There are two versions of the mobile app that are available. One is for iOS devices, such as the iPhone and iPad. It can be downloaded from the Apple App Store. Once downloaded, the app will install itself automatically.

The other version of the app is for smartphones and tablets running on Android. You can download this from the Google Play store, in which case it should also install itself automatically. Or you can download from the PokerStars site itself and open the downloaded file to initiate the installation.

Whatever device you use, launch the installed poker app and you will be invited to log in with your existing username and password. If you haven't yet signed up for a new account, you can do so from the mobile app by providing the required information, as we described earlier for desktop users.

You can use the PokerStars NJ bonus code and sign up bonus from the app!

As you would expect from the biggest online poker site in the world, PokerStars lets you play a wide range of poker games. The most popular variations here are No-Limit Texas Hold'em and Pot-Limit Omaha. But you can also play Limit Texas Hold'em, Omaha Hi-Lo, Seven Card Stud, and more.

In addition to having a great range of poker varieties to choose from, you'll also have a superb choice of game formats. Here are some of the key formats that PokerStars currently offers:

These are played at individual tables, and cash is used for each hand played. This means you can come and go as you please and play for as long or short a period as your schedule allows.

Another advantage of cash games is that you can easily leave a particular table and join another if you don't like the style or attitude of the other players. For example, if there are too many rocks or fish at the table for your taste or playing style.

If you want to participate in a tournament but you don't want to invest too much time doing so, you can join a Single Table Tournament (STT). These generally involve two to nine players. They begin just as soon as the designated number of players are seated.

The advantage of STTs is that you buy in for a stated amount and will win a share of the prize pool if you win or achieve an “in the money” finishing position.

While there are plenty of cash games and STTs here, PokerStars is perhaps most famous for its Multi-Table Tournaments (MTTs). These take place at scheduled times and involve many more players – often dozens or hundreds. The prize pools are much larger in these poker tournaments.

As well as having a rich schedule of regular MTTs that take place every week or month, PokerStars also has some great annual events. The best known is the World Championship of Online Poker (WCOOP). It takes place every September and boasts a Main Event prize pool of $10 million guaranteed.

Poker fans in the US need to be 21 or older to register and play at PokerStars. You can only do so in states where the site has a license and is legal.

PokerStars takes the idea of responsible gaming very seriously. Its main website has a page explaining how it works to help plays enjoy their poker in a safe and healthy manner.

As well as going to great lengths to verify the age and identity of all players (in order to prevent minors from getting involved) it provides plenty of information and advice on reducing the risk of problem gambling and getting help should you ever need it.

There are several Responsible Gaming limits that you can set at PokerStars to help you play within your means at all times. You can limit the amount of money you are able to deposit in any given week, as well as the amount you spend on the games themselves. Self-exclusion from the site can also be requested should you ever feel the need to do that.

The PokerStars website provides a vast amount of information on a wide range of topics, from how to play poker right through to how to request a copy of your playing history. You aren't likely to need any further assistance, but if you do you can obtain it in a couple of ways.

One is by using the PokerStars Help Bot, which allows you to submit a question for a quick answer. The other is by submitting a Contact Support form with the details of your issue, and a member of the Customer Service team will get back to you.

PokerStars players benefit from a Rewards Program that will award you reward points according to your activity.

The points you collect as you play games will gradually fill a progress bar, and when the bar is full you'll receive a Chest containing StarsCoin. Your StarsCoin can then be redeemed for various rewards in the PokerStars Rewards Store.

PokerStars Has It All

PokerStars didn't become the biggest online poker site in the world by accident. It knows exactly what players want and it delivers the goods in style.

The generous welcome bonus might be the thing that first gets your attention.But, you'll stay here for the wealth of games, the headline tournaments, the convenience of mobile gaming whenever you want it, and the Rewards Program benefits. Quite simply, PokerStars has all you could want from an online poker site, and more.

Check out the PokerStars bonus code and sign up bonus before getting started!

Is PokerStars legal in US?

Yes. PokerStars is a legal poker site in multiple states in the US, including New Jersey. Your information is secure.

Can you play for real money on PokerStars?

Yes! PokerStars is a real money poker site. Our PokerStars review includes information on how you can deposit and withdrawal.

Are there any bonus codes for PokerStars?

If you follow the instructions in our review, no PokerStars bonus code is needed when signing up for an account.

Absolutely not. PokerStars NJ is a legal poker site, so it has to follow federal and state guidelines that make it fair for all players.