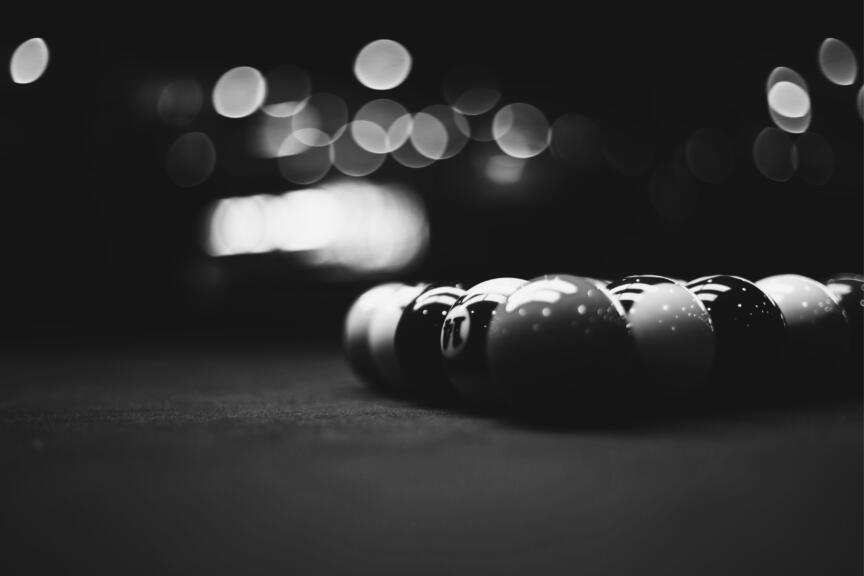 Home Betting Guides 101 Snooker Betting: How to bet on Snooker

Snooker Betting: How to bet on Snooker

AmericanGambler.com offers snooker betting guides to help improve your knowledge of the sport and its gambling markets before you wager a cent of your own money. Learn how to read moneyline odds and understand markets such as frames won and handicap betting for major tournaments like the Championship League, World Grand Prix and the Snooker World Championship.

Betting on Snooker in USA

Snooker is a year-round sport with a world tour offering numerous betting opportunities. Future bets are popular with most gambling activity taking place on the world championships.

The handicap bet is common, offering better odds on a favorite winning a match convincingly. A -1.5 handicap means a player must win by two frames, e.g. 5-3 or 5-2, for you to win; a 5-4 win would mean you lose.

There is also the option of in-play betting with many gambling options on live games. In-play betting allows you to place bets on snooker outcomes like next frame winner, highest break in a frame, or total points scored in frame. In-play betting is becoming more available in the US with states lining up to follow the likes of New Jersey, Delaware, Montana and Pennsylvania to offer the service.

There are lots of other bets so make sure you know how to read snooker odds.

The game originated in the second half of the 19th century amongst British Army officers stationed in India. Billiards was already established – a game involving three balls – and several variations of the game were developed,

The aim is to use the white cue ball to pot the red balls, and follow each red by potting a color ball. Once all the reds have been potted you must pot the color balls in sequence. The player with the most points then wins the frame and a match is played over a set number of frames.

Its popularity, especially in Britain, grew after the First World War with the world championships established in 1927 by Joe Davis. Davis clearly knew what he was doing because he won the title, and then the next 14 world titles.

The game’s real growth occurred with the advent of color television for the obvious reason: the green baize and multi-colored balls showing off the new technology. The 1978 World Snooker Championships was the first to be televised and it grew in popularity in Canada as players like Cliff Thorburn and Kirk Stevens prospered.

Thorburn was a pool hustler who saw the potential to make money playing snooker and headed to England in the 1970s – the first of a batch of Canadians to join the circuit.

His mental strength allowed him to retain his concentration in long matches and earned him the nickname ‘The Grinder’. He won the world championships in 1980.

The success of the game in England and Canada saw several attempts to take it to the US, with exhibition matches staged in Las Vegas. Maybe it was the fact games can take hours, if not days, to complete, or that several shots are played without a ball being potted, but it never took off in the States.

As well as its continued popularity in Britain it has grown massively in the Far East over recent years, with some of the sport’s biggest names from China. Ding Junhui is one of the world’s best players, reaching the final of the world championships in 2016. The most famous player and, arguably, the best in the history of the sport is Ronnie O’Sullivan, who has won the world title five times.

All US betting online websites for snooker betting.