Rugby’s popularity is booming in the United States, and it may not be long before Major League Rugby rivals some of its European counterparts in terms of viewership if enough fans jump aboard. AmericanGambler.com is here with how-to guides to ensure you know what you’re betting on before you wager. These texts will help you read and understand odds, as well as teach about the various markets available, such as match-winner stakes, try-scorer odds, handicaps and much more. 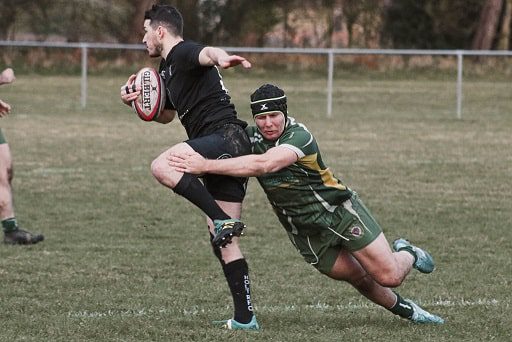 Where can I find free rugby picks and predictions?:

Rugby is such a fast-moving, technical game, with so many variables – not least the fact that there are 15 players from each side on the pitch at any given time – that, for a newcomer to rugby betting, it can appear to be overwhelming.

What are the best teams in USA rugby to bet on?:

Legal sports betting outside Nevada became legal after the Supreme Court struck down the federal Professional and Amateur Sports Protection Act in May 2018.
The Rugby World Cup is a quadrennial competition featuring 20 qualifying men’s teams. The winning team receives the Webb Ellis Cup, named after William Webb Ellis, who – according to rugby legend – invented the game in 1823 while a pupil at Rugby School when he ‘picked up the ball and ran with it’.
The short answer: A lot. The long answer: it’s almost impossible to say how much money is bet on rugby matches every year, but it’s a lot because gambling is a big-money business.

Betting on Rugby in USA

When you imagine an egg-shaped ball game, or spheroid if you prefer, the one sport that comes to mind is football. It is the most popular game in the US after all, but there is another played with a similar ball and has an American national side that competes around the world.

The sport of rugby union’s origins are the playing fields of England’s public schools, but it continues to grow in popularity in the States.

In international and domestic games, clashes can be very one sided so the handicap markets are very popular in rugby union. You can find good value if you know how to read rugby union odds.

A win bet on a favorite with a -10 handicap means they must win by more than 10 points for you to win. You get better odds than a standard win bet but more chance of coming unstuck if the underdog plays well.

There is also the option of in-play betting on sites including betamerica, pointsbet, and fanduel sportsbook. There are many gambling options on live games, and in-play betting allows you to place bets on outcomes when you see how each side is playing. In-play bets include next try scorer, method of next points scored, or a number of points scored in a period of the game.

Alongside the win, a spread on total points scored is a fun bet allowing you to follow a game even if you’re not bothered who wins. But it’s crucial to know the teams involved to predict the points total: who has a tight defense, which teams score heavily, checking teams’ rosters to ensure star players are fit.

Futures bets offer odds on this year’s Rugby World Cup with New Zealand very short at 11/10 to win. If you’re feeling adventurous the USA are available at 5000/1. If you want to bet on domestic leagues or to find out more on the game, you can watch it on ESPN+, NBC Sports and CBS Sports Network.

The game started at Rugby School in England in 1823 during a game of soccer. The story is that one player, William Webb Ellis, decided to pick up the ball and run with it. The tale has gone down in history as how the game was established.

The early game was played with a round or spherical ball, with the shape evolving due to the pig bladders used as the inner-tube. In 1892 the governing body, the Rugby Football Union, RFU, endorsed the oval ball as the compulsory shape.

The first recorded game in the US was in 1874 between Harvard University and Canada’s McGill University and the sport grew in popularity. It was perceived as having the potential to rival football but despite the US team winning golds at the 1920 and 1924 Olympic Games, it faded as football grew.

A revival began in the 1960s and 70s in US colleges; former presidents Bill Clinton and George W. Bush among those who played. In 1976 the US national team played Australia in their first official game since the 1924 Olympics, the Aussies winning 24-12. Since then the USA has qualified for six out of seven world cups, including this year’s in Japan.

The rules of the sport are complex and numerous, with the basic aim the same as football. Players must touch down the ball beyond their opponent’s goal-line to score a try, worth five points, and their opponents must stop them by using legal tackles. A conversion worth two points follows a try, similar to football, with the kicker attempting to kick the ball between the posts.

A team moves the ball by throwing it to their team-mates – the ball must always be thrown backwards – or kicking it forwards. Fouls or infringements are regular and can result in a free kick, a scrum where both sides’ forwards battle for possession, or a penalty.

The penalty can be kicked between the posts with three points for a successful kick. A team is made up of 15 players and the game is played over 80 minutes with one break.

All legal US sportsbooks for rugby betting.