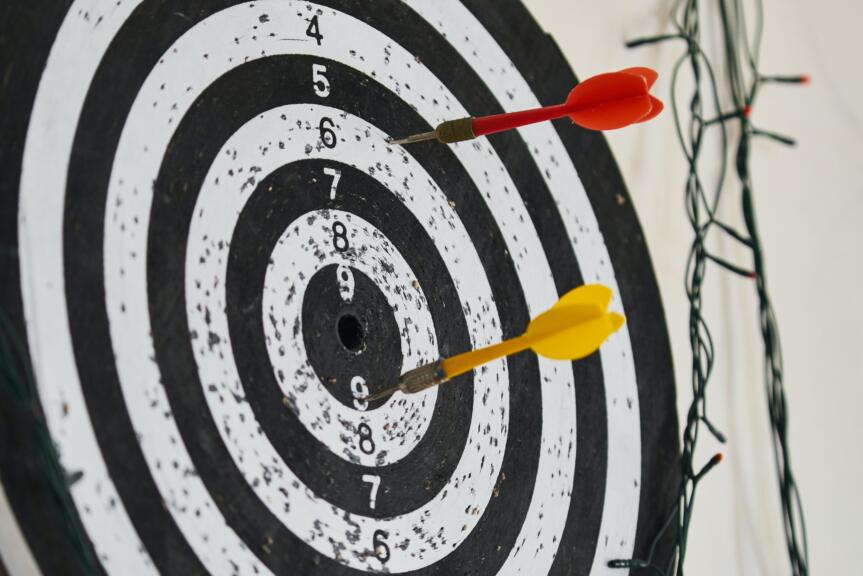 Darts Betting: How to bet on Darts Online

Hit the bullseye every time with American Gambler‘s how-to guides on darts betting, which will help you understand how and why to bet on events like Premier League Darts and the PDC World Darts Championship. These manuals will help you better read odds and wagers such as leg handicaps, total legs betting and more, as well as give a better understanding of darts’ rules and most reliable performers.

Darts Betting Sites for the USA

Like most sports, the key to successful darts bets is knowing the sport. It is especially true in darts as players regularly face each other so head-to-head results and current form are key.

With darts betting odds usually slim in a two-horse race, handicap betting is very popular, so it is important you know how to read darts odds. You can take the favorite at e.g. -3.5, meaning he must beat his opponent by at least four legs for you to win. If you want to back an underdog and believe he might run his opponent close, if not win, you can bet on them at, e.g. +3.5. You win if they lose by less than three legs.

There is also the option of the darts in-play betting on American gambling sites including betamerica, pointsbet and Unibet betting app. There are many darts gambling options on live games, and in-play betting allows you to place bets on outcomes like next leg winner, or points scored by a player with three darts. In-play betting is becoming more available in the US with states lining up to follow the likes of New Jersey, Delaware, Montana and Pennsylvania to offer the service.

Future bets allow you to pick winners of the world championships and if you can’t find the bet you want contact your betting provider to find out what odds they can offer you.

TV coverage of the darts betting events can be found on BBC America and, if you can, spend some time getting to know the top players.

To many Americans, darts is a game you play with your friends on a night out at the local bar. But as well as a fun game to play, it is also a serious sport, with a tour, the World Series of Darts, growing in popularity.

Las Vegas forms part of that tour of the world’s best players, and the fact they choose to play in the gambling capital of the world is no fluke – darts and gambling are natural bedfellows.

Darts effectively became a serious game with the invention of the darts board in 1896 in England, by carpenter Brian Gamlin. The dart board then became very much part of pubs, or bars, in Britain, and players honed their skills while socializing with friends.

The boards were initially made of solid blocks of wood, with the darts cut-down arrows or crossbow bolts.

Over the years the boards have developed and are now made of fibers from the plant, sisal, with darts becoming lighter and more streamlined. The numbering system rewards players for their accuracy in throwing darts.

Development of the Darts

Players stand approximately eight foot from the board, at a point known as the oche, and throw three darts scoring as many as possible. The board has 20 different sections, each divided into segments for double scores and treble scores.

The board also has a central portion, the bullseye, worth 50 points, and an ‘outer bullseye’ worth 25.

The game normally starts at 501 with the score taken off that total. The first player to reach zero, finishing on a double or a bullseye, wins the leg. Matches are normally played on a first to ten legs basis.

Professionally, the game took off in the 1970s when the world championship was established by the British Darts Organisation, BDO. Welshman Leighton Rees was the first winner and in 1993, as with many sports, a rival organization set up their own world championships, the Professional Darts Corporation, PDC.

Dutchman Michael van Gerwen is the current PDC world champion and is normally a short-priced favorite for every tournament he plays. 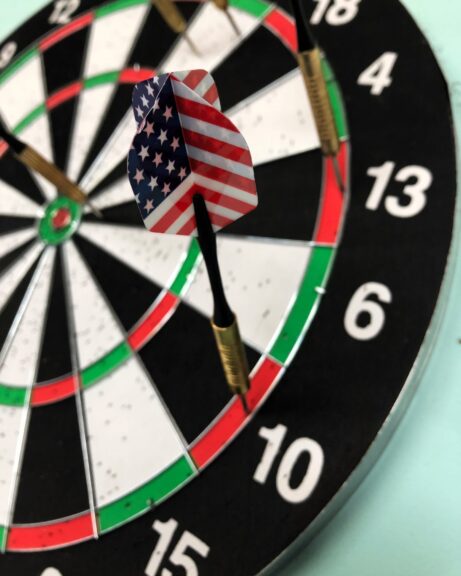 World Matchplay Darts Competition Preview  As with all sports the World Championship is the plinth on the pantheon of darts but there are ten ‘majors’ in the sport and some have a lot more history and importance than others.  One such example is the World Matchplay which takes place in July and is probably the second biggest of all darting competitions.