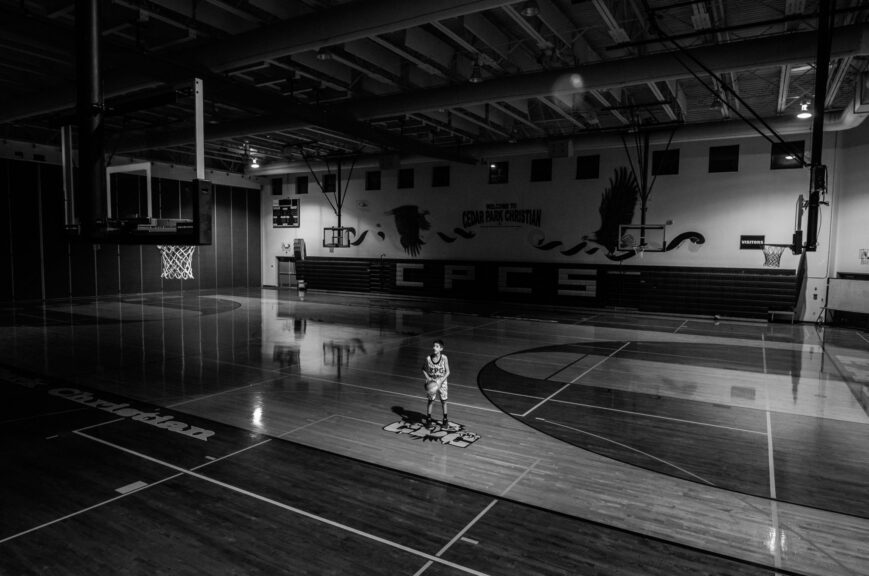 Home Betting Guides 101 NBA Betting: How to bet on Basketball

NBA Betting: How to bet on Basketball

The NBA draws millions of viewers every season, and betting on basketball will become a lot simpler after reading our guides on how to make money wagering on the sport. Discover the meaning of different bet types, educate yourself on various basketball betting strategies, and never miss special odds on major contests like the NBA Finals.

The simplest bet in basketball with bet365 NJ bonus code is a moneyline or match winner – pick your winner in a head-to-head clash – but the most popular is a spread bet.

The spread bet in NBA match, or line bet, gives a handicap to teams expected to win. If a team has a -4.5 handicap then they must win by five points or more for you to collect. Their opponents may have a +4.5 spread meaning if you bet on them you still win if they lose by less than five points.

Other basketball bets include the game’s highest point scorer and you can always check sites like betamerica, unibet, caesars sports and pointsbet for future bets like the NBA finals winner next season. The sites will teach you how to read basketball odds and if you can’t find the bet you want contact your betting provider to see what they’re offering. And don’t forget it’s not all about the Knicks or the Lakers, with college basketball remaining popular for viewers and bettors.

As the availability of online betting increases, you’ll get the chance to wager after the game starts. The in-play basketball betting options allow you to bet during the NBA game, something which bettors in Nevada, New Jersey and Pennsylvania currently enjoy.

Where to watch NBA games in USA?

On TV, basketball is well covered with local TV showing a certain number of NBA games for teams in their area. The NBA is also covered by ABC, ESPN and TNT. College basketball is also shown live on a number of channels.

A few words about basketball history

Basketball has been a staple diet for American sport fans since the Second World War, with some of the game’s biggest stars becoming household names. Along with football, baseball and hockey, the sport forms one of the four major sports leagues in the US. There are 30 teams making up the National Basketball Association, NBA, 29 from the US and one from Canada.

The game was founded in Springfield, Massachusetts in 1891 by a Canadian, James Naismith, a PE instructor at the YMCA. He was attempting to keep his class interested during bad weather so nailed a basket on the wall of the gym. He drew up rules and, using a laced soccer ball, the first basketball game began.

The sport developed as retrieving the ball from a basket ten foot above the ground was time-wasting, and the laces meant bouncing the ball was unpredictable. The bottom was removed from the basket, the ball was developed, and a backboard was introduced in the early part of the 20th century.

Throughout the 1920s many professional teams were formed, including the world-famous Harlem Globetrotters, playing games across the country on national tours.

In 1946 the Basketball Association of American, BAA, was formed with the first game played in Toronto, Canada, between the Toronto Huskies and New York Knickerbockers, the Knicks. Three years later the BAA combined with the National Basketball League, NBL, to form the NBA, and in 1959 the basketball hall of fame was founded.

In 1967 a rival to the NBA, the American Basketball Association, ABA, was formed with the two merging in 1976.

Star names like Michael Jordan and Magic Johnson were intrinsic to the game’s continued popularity during the 1980s and 90s – both forming part of the USA Dream Team which took gold at the 1992 Olympics.

Basketball leagues and their development

Post-war there were 17 franchises in a mixture of large and small cities which was reduced to eight in 1953-54. Some of the smaller-city franchises moved to larger cities with perhaps the most famous move occurring in the 1960s when the successful Minneapolis Lakers become the Los Angeles Lakers.

Currently the 30 teams are divided into two conferences – each conference has three divisions of five teams. Every team plays each other at least twice during the season before the seeded play-offs between the top eight teams in each conference.

The two winners then compete in the best-of-seven NBA Finals, this year Eastern Conference winners Toronto Raptors faced the Golden State Warriors. The Raptors triumphed 4-2 to become the first side outside of the US to win the NBA Finals. The final was also notable because it was the first since 2010 that LeBron James did not play in.

All US gambling sites for the basketball betting. 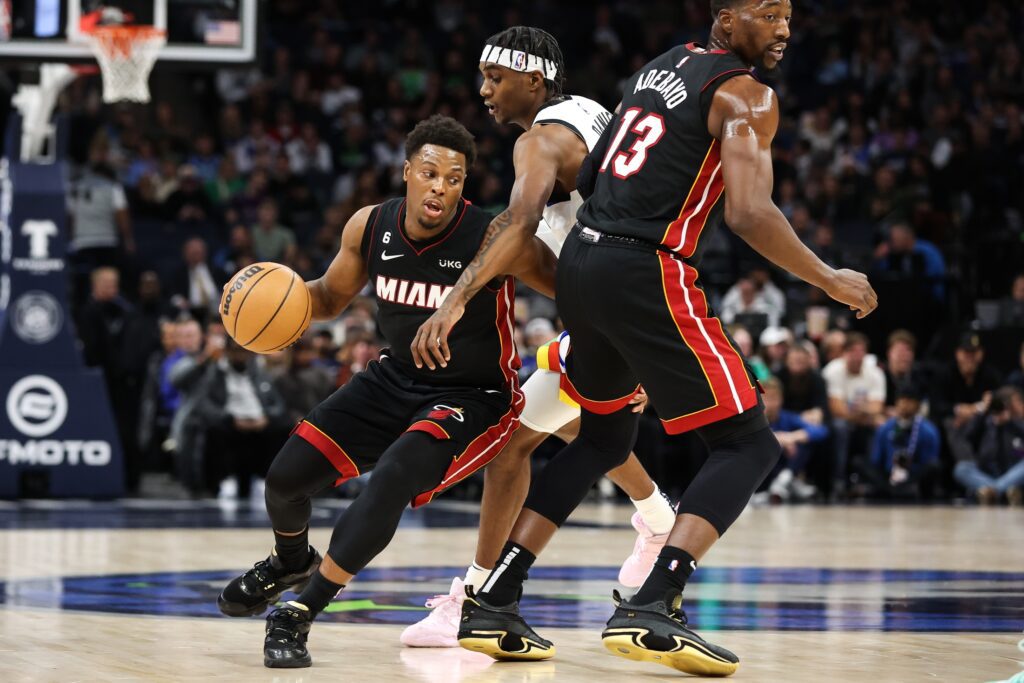 What does a -1450 mean when betting NBA playoffs? 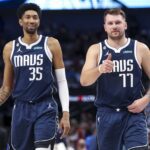 What does money line mean in basketball betting? “Minus” and “Plus”?:

Caesars Sportsbook, a popular online sportsbook, defines making a money line wager as a bet on the outright winner of the event without taking the point spread into consideration. 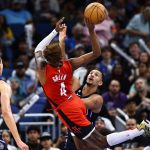 What is the most important stat when betting on NBA basketball?:

While certainly up for debate by handicappers, a key stat that many NBA bettors find important is how often a team covers the point spread. 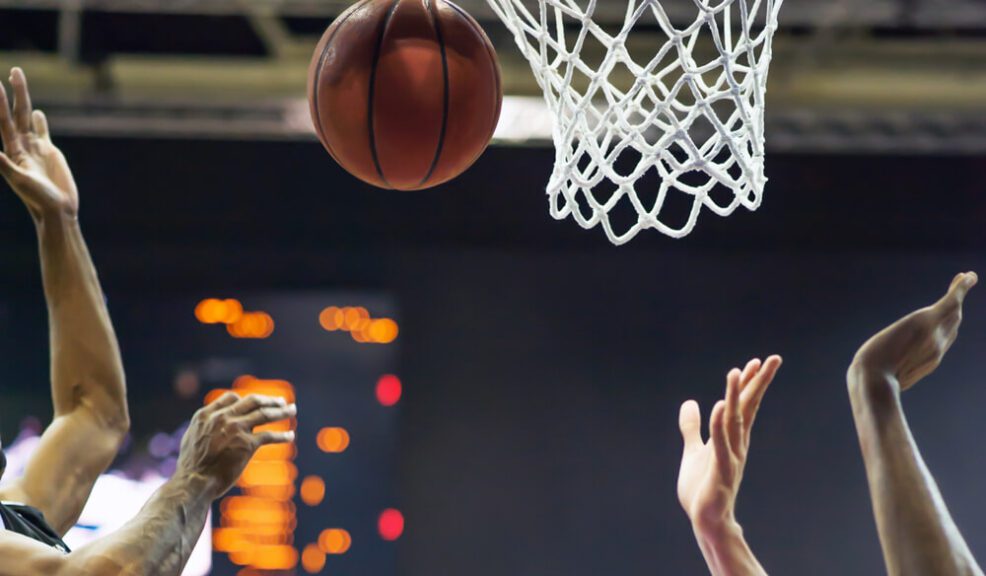 Correlated bets in the NBA are wagers that are indirectly related to one another. With player prop bets, correlation could tie into overall game outcomes in a number of ways.
The wagering public is known as a casual fan that may wager every day or semi-regularly just to add some excitement to the game, as well as have the opportunity to cash a bet. While sometimes savvy, the average “public” NBA bettor is more likely to back favorites and wager on the OVER.
When a sportsbook lists the price for betting on a point spread or other full-game wager at -105, then the bettor will be asked to lay $105 to win $100 (a $205 return on a win) or similar ratio on a given bet. This price offering is nearly as inexpensive as it gets in sports betting when it comes to traditional pre-game spreads and point totals. 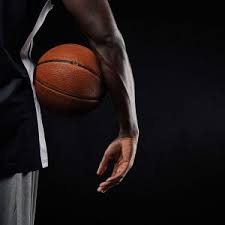